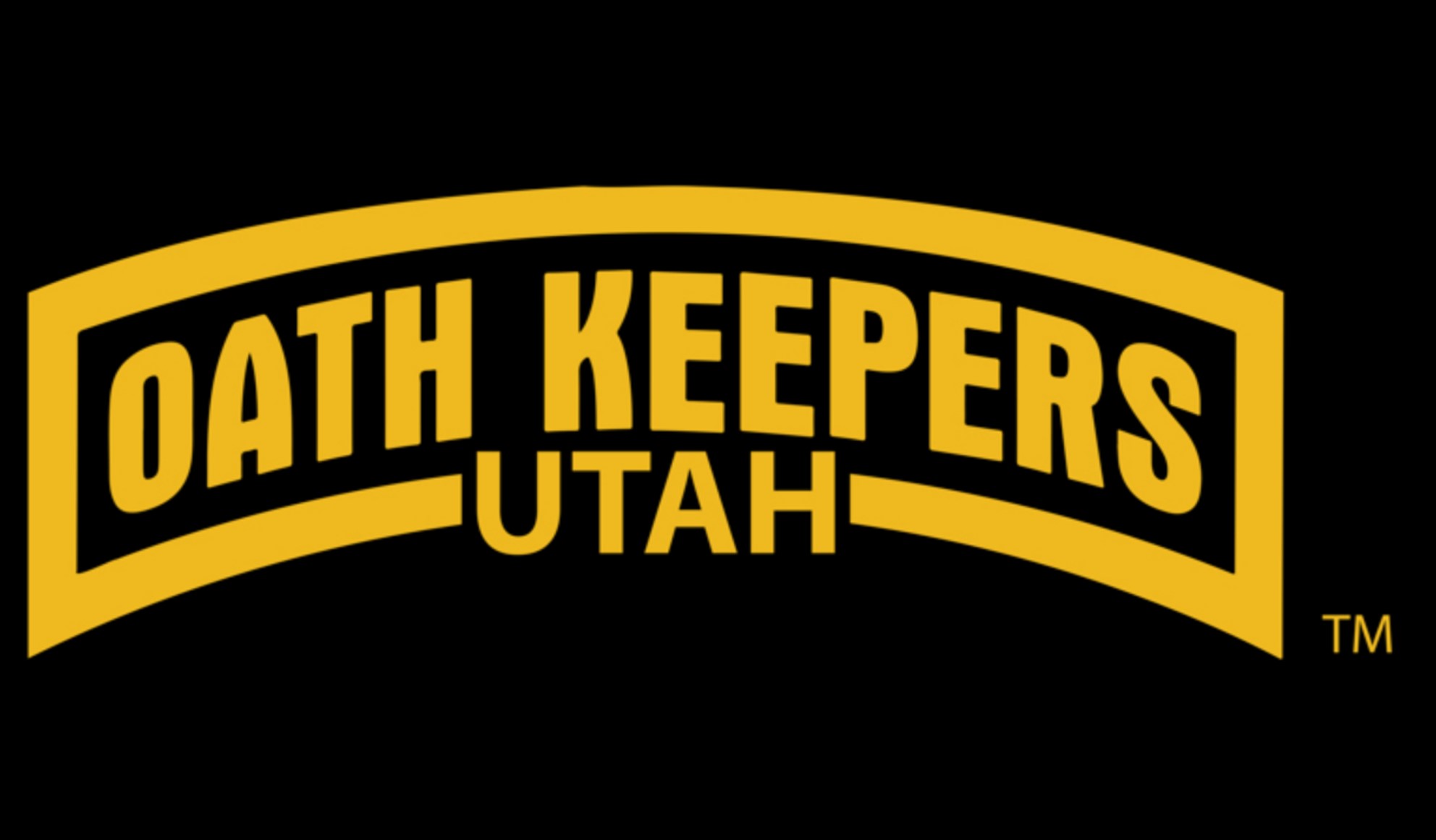 We Believe in Honoring Our Constitutional Oath!

“The Utah OathKeepers are a group of proud patriots, dedicated to upholding the constitution of the United States.  Our members have a long history of service to the United States as military, law enforcement and first responder professionals, and continue to serve through OathKeepers programs and service missions.”

Find out More!Oathkeepers In the News
7

OathKeepers is a non-political, constitutional service organization, composed of skilled volunteers that include current and formerly serving military, police, first responders, and trained civilians.   Our mission is to provide support services to our communities in the event of natural disasters, economic stress or unrest, and unforeseen emergencies.  We take pride in executing that mission with professionalism, courage and honor.

OathKeepers are committed to the protection and security of those in our local communities.  We do this by educating citizens in food preparation, medical and security skills training, as well as disaster and emergency support. The OathKeepers organization supports the right of individuals to peacefully protest, however it does not participate in illegal or violent actions.  We believe that our constitutional oath is paramount, and as such we will not obey, support or execute unconstitutional orders … or those executing those orders.

OathKeepers is not a militia, although we support the right of others who are so inclined.  Each member has pledged an oath to “defend the Constitution against all enemies, foreign and domestic”, and that oath is central to our organization. The oath, mandated by Article VI of the Constitution, is to the people of the United States … not to politicians or organizations.  We hold the Constitution to be the supreme law of the land and we support the rule of law.  We welcome those who are like-minded to join our ranks.

OathKeepers welcomes current serving and veteran military, police and first responders to join our members, and to inspire civilians to serve.  We strive to honor those who have served through our actions and deeds.  We hold ourselves to a higher standard, with our motto being “Not on our watch!“

OathKeepers is the largest Constitutional Service Organization in the United States. 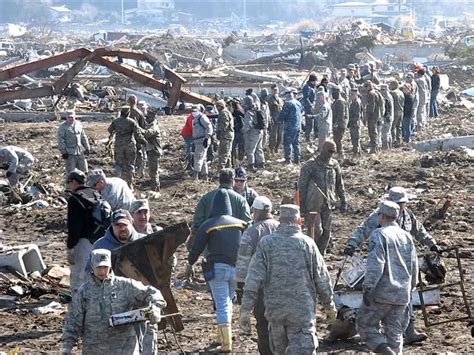 Earthquakes, tornadoes, fires, wind storms, floods.  When these event happen, we will support those in need through medical, search and rescue, and emotional support.

OathKeepers have provided support and security in almost every disaster that has occurred in the US and territories in the last 10 years. 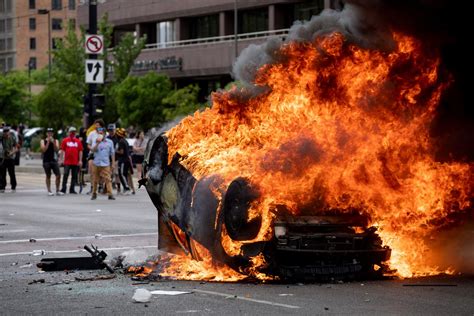 We must be able communicate freely regarding our political, religious and cultural beliefs, without fear of retribution and violence.

In this unstable political climate, we believe that the constitution is critical to allowing citizens to protect themselves and their families from those who aim to remove your freedoms and harm our way of life. 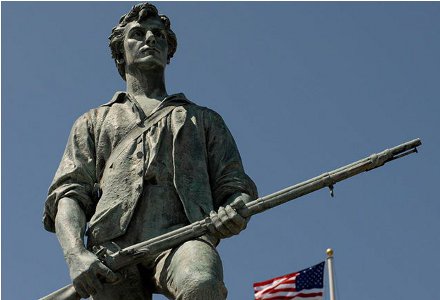 We are available to provide service to our community through teaching neighbors how to prepare for almost any emergency.

We have trainers available to instruct on food storage, medical skills, shelter, neighbohood watch and neighborhood watch/security programs.  We do instruct on basic firearm safety, if required, but will refer those interested in focused training to qualified instruction. 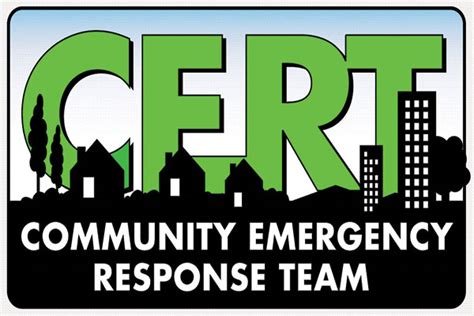 To ensure the highest level of certification, we encourage our members to become CERT Qualified.

The Community Emergency Response Team (CERT) program educates volunteers about disaster preparedness for the hazards that may impact their area and trains them in basic disaster response skills, such as fire safety, light search and rescue, team organization, and disaster medical operations. CERT offers a consistent, nationwide approach to volunteer training and organization that professional responders can rely on during disaster situations, allowing them to focus on more complex tasks. (ref: Ready.gov) 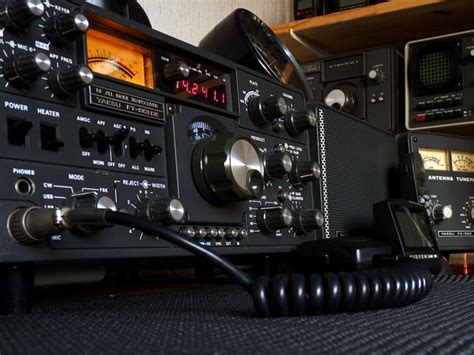 One of the most critical aspects of dealing with an emergency, is being able to communicate effectively with your volunteers, government agencies, and outside services.  Unfortunately standard communications often are damaged during emergencies and unable to function.

OathKeepers maintains a cadre of skilled communications professionals, who use Short and long range radios to establish communication networks with local and domestic services.   We require our communications specialists to be HAM radio licenced at a technicians level as a minimum. 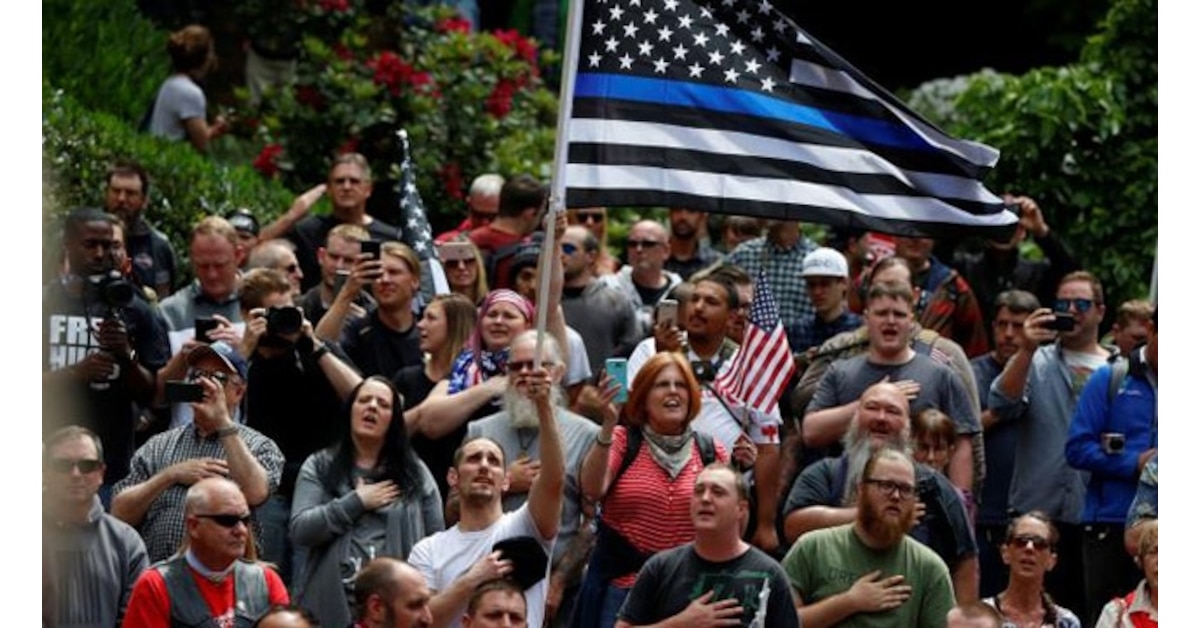 The CPT is a critical part of our Constitutional mission and provides  security, upon request, during natural disasters, economic stress and unrest.

This team is made up of military and Law Enforcement veterans, and skilled civilians who rescue, support and  protect those who are in need.

This team has distinguished themselves by protecting emergency personnel during such emergencies as Katrina, Houston, Panama City, Miami and Peutro Rico , where criminals attacked those escaping the damage.  CPT members also protected persons, communities and businesses during the Micheal Brown Riots, Ferguson, and UC Davis.

We need your support

The Utah OathKeepers organization is asking for donations to support our legal actions as well as our training and service missions to the public.  We hope you will support our ongoing Constitutional Service missions.

Many of us can recall recent events in which the lack of preparation from persons and civil leaders have caused distress for members of the communities.  We feel strongly that everyone should be prepared for local emergencies such as fires, floods, earthquakes and even civil unrest.

Utah OathKeepers have a strong history of providing support and skills training for local communities in order to be better prepared.  We have served in the past in situations  such as Hurricane Katrina and the Houston floods, emergencies in Panama City, Miami, Puerto Rico, and the Michael Brown situation, as well as UC Davis – Sacramento.

OathKeepers in the news.

OathKeepers have been in the news quite a bit recently, however it is unfortunate that the majority the coverage seems to fall somewhere between “substantially biased” through an “outright fabrication”.   In this day and age we find that the media we used to rely on as a fair source of information, and to investigate issues and provide facts, has instead become an extremist tool to attack and destroy those who don’t fall in line with the current socialist agenda.  As such we need to set the record straight on a few things. 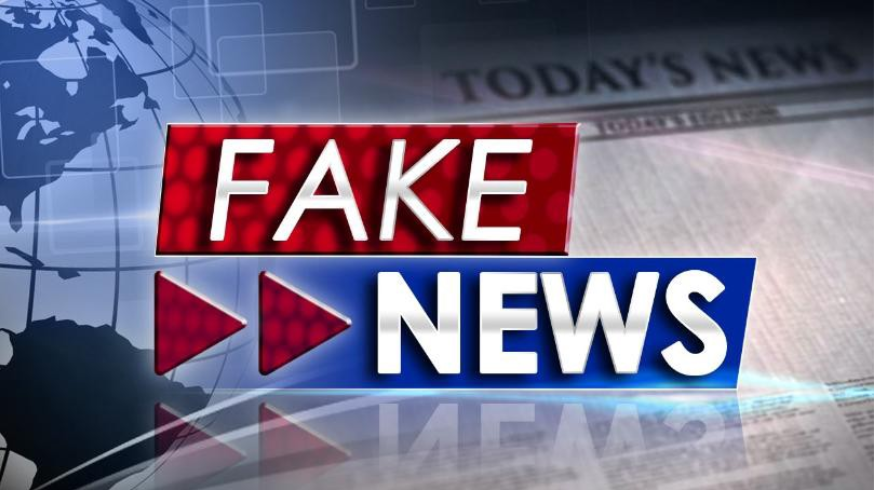 This narrative could not possibly be farther from the truth.  OathKeepers are honest, hardworking, caring everyday citizens, many of who are former Military, Law Enforcement  and first responders.   Our membership includes engineers, doctors and nurses, lawyers, teachers, store owners, and construction workers, who simply value our freedom and proud history and don’t want to see it destroyed.

OathKeepers does not condone violence against anyone, and has not participated in attacks against this government,  and you will not see OathKeepers engaging in looting or destroying property.   Most of the persons who “stormed the capital” were not actually OathKeepers,  but radicals pretending to be members.  Although some members may have been in attendance, no such action was sponsored or authorized by this organization.  Any information published to the contrary is a complete fabrication made by political and media sources meant to destroy this proud group of patriots they deem a threat.

OathKeepers are not Socialists, Marxists, Elitists, Fascists, and do not support those who believe in unchecked government over reach.  We do not believe in “mostly peaceful protests (mob violence)”, intimidation, the defunding of police and the elimination of our borders.  We do not support corrupt media, corporations and politicians, and will take every legal means to prevent this corruption.  With a little (very little actually) research, you will find that the persons destroying US cities, neighborhoods and communities are Socio-Communist radicals (BLM, Antifa and it’s offshoot organizations) who are supported by persons in the local, state and federal governments, as well as media corporations.

We DO believe in the accountability of the government to … and by the people, and our members emphatically support this.  We feel that the honor, integrity, and loyalty to our Constitution, that OathKeepers are known for is the key reason that the OathKeepers organization has come under attack.   Those who strive to do harm will always prioritize the destruction of those that stand to prevent it.  We ask you to take a stand and join us!

Ok, so what happened on January 6th?

We don’t have all the facts, but we know that thousands of people went to support the rights and freedoms they felt are being stripped away, by gathering with then President Trump.  Some people then joined a protest outside the Capitol and then some entered it.  Some damage occurred and we understand that both Antifa and BLM were in attendance disguised as Trump supporters attempting to instigate violence. (Yes we have pictures).  No current member of the Oathkeepers participated in the Capitol protest or entered the Capitol. No member of the Oathkeepers were armed at any time, and no one jailed has been charged with any crime beyond “Trespass”.  No weapons caches were found.  These are all outright fabrications.

We believe the arrests are politically motivated, illegal and against the fundamental rights of our Constitution.  We invite those who value freedom, constitutional rights and justice to challenge us by coming to our events and meeting our members.  Give us a chance to prove the dishonest media and politicians wrong. 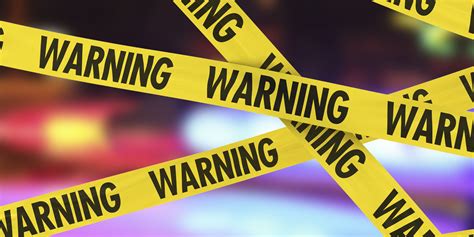 A number of fake Oathkeeper websites have been recently discovered.  Beware of any website that is not linked and approved by the National Oath Keepers website (oathkeepers.org). 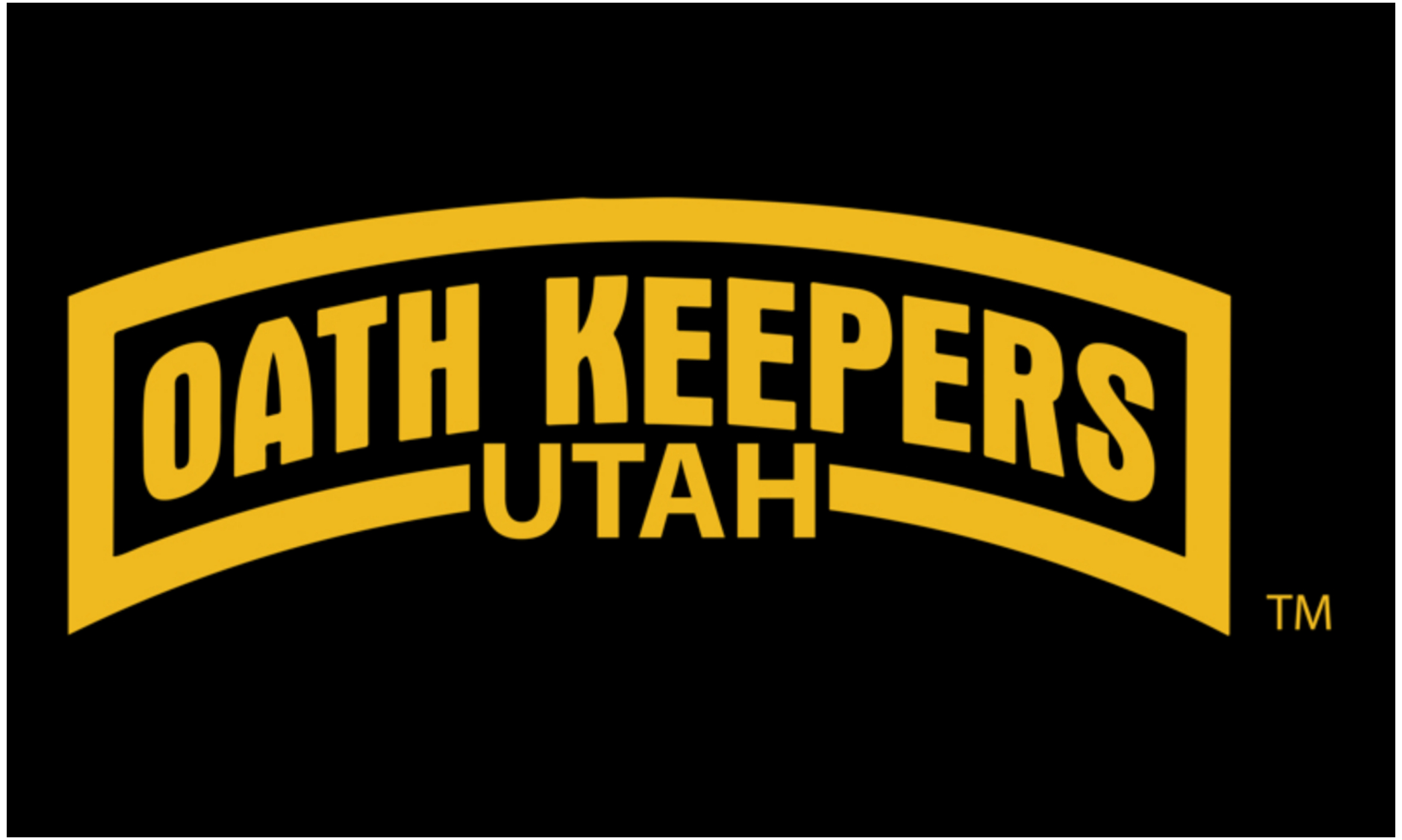 Utah State OathKeepers are looking for new members who value our constitution and wish to help citizens prepare for emergencies, as well as protect them during emergencies.

Join us!  Become an OathKeeper! 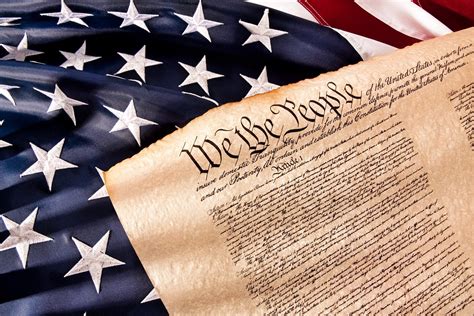